In what has been dubbed a milestone in U.S. legal history, a lake has filed a lawsuit against a developer in Orange County, Florida. Lake Mary Jane is suing property developers Beachline South Residential in Florida state court over the developer’s plans to construct a new development on the north side of the lake, converting 1,900 acres of wetlands and forests into a mixed-use residential, commercial, and office development.

The lawsuit, filed on behalf of the lake by attorney Steven Meyers, claims that the development would “adversely impact the lakes and marsh who are parties to this action,” causing injuries that are “concrete, distinct, and palpable.” As a deep-dive article in The New Yorker notes, the case marks the first time that an inanimate slice of nature has sued an entity in a U.S. courtroom, sparking a debate over the extent to which natural objects have rights.

The proposed development, named Meridian Parks Remainder, would see the construction of townhouses, apartments, and commercial space, part of the broader Meridian Parks master plan which will deliver 4,400 residential units to serve the nearby city of Orlando. The lawsuit claims that the filling and altering of 100 acres of wetlands as part of the development would restrict the natural flow from the streams into the lake, thus destroying the local ecology and the lake’s right to exist.

While the case marks the first example of a lawsuit filed on behalf of an inanimate natural object, there have been several successful lawsuits filed in the U.S. by animals and species. As The New Yorker also cites, a dissenting opinion by Supreme Court Justice William Douglas in 1972 noted that “A ship has a legal personality, a fiction found useful for maritime purposes. A corporation, too, is a ‘person’ for purposes of the adjudicatory processes… So it should be as respects valleys, alpine meadows, rivers, lakes, estuaries, beaches, ridges, groves of trees, swampland, or even air that feels the destructive pressures of modern technology and modern life.”

There is also ample precedent for inanimate or speechless entities being represented in court, including corporations, states, estates, or universities. “We make decisions on behalf of, and in the purported interests of, others every day,” wrote the late USC law professor Christopher Stone, who advocated for the granting of rights to inanimate natural objects. “These ‘others’ are often creatures whose wants are far less verifiable, and even far more metaphysical in conception, than the wants of rivers, trees, and land.”

Despite the intrigue generated by the lawsuit, Lake Mary Jane’s efforts seem likely to fail. As The New Yorker notes, a 2020 bill by the Orange County charter commission which sought to give rights to waterways was fought against by business lobbyists who successfully added an amendment that prohibited local governments from granting legal rights to any part of the natural environment. The developer behind Meridian Lake is hence seeking to have Lake Mary Jane’s case dismissed on the grounds that the lake cannot invoke or be granted rights.

“We’re realistic,” attorney Meyers told The New Yorker. “We’re trying to make new law, and that’s always hard. But it’s like Michael Jordan said: You miss a hundred per cent of the shots you don’t take.”

Wed Apr 27 , 2022
Los Angeles | $2.195 Million A 1931 Spanish-style house with three bedrooms and two bathrooms, on a 0.1-acre lot This house is in Rancho Park, in the Westside neighborhood of Los Angeles. The area takes its name from the park a block from this property, where the Cheviot Hills Recreation […] 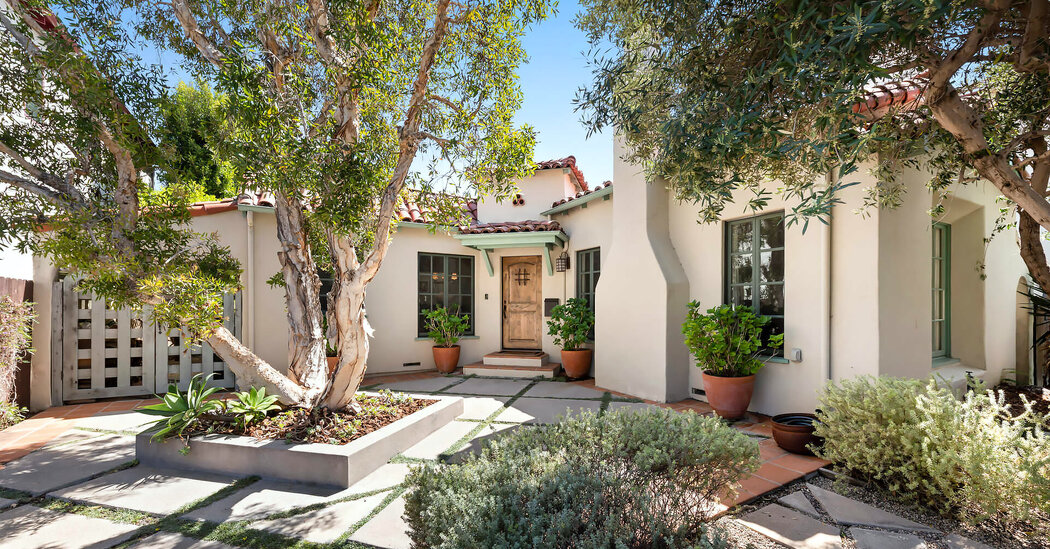