The fire department had conducted several days of live training in a house on High Street that culminated with a final burn of the structure Nov. 5.

BLOOMINGTON, Ind — The City of Bloomington is offering cleanup and remediation of lead after flakes from a fire training exercise landed all over nearby homes, yards and driveways.

The fire department had conducted several days of live training in a house on High Street that culminated with a final burn of the structure Nov. 5.

“I walked down with many other neighbors to watch,” said Matt Murphy, who lives down the street.

“Then, I saw huge flakes of paint, and I thought, ‘Oh my God!’ Immediately, I thought of lead because this house is an old house,” Faber said.

Murphy, who is a contractor, ran to a paint store and grabbed a 3M lead testing kit and began testing some of the chips. He said they came back positive.

Neighbors alerted the fire department. According to a city news release, fire crews, led by Chief Jason Moore, “have been surveying the vicinity, collecting debris, and going door to door to survey residents and document the dissemination of the debris.”

The city also contacted the Indiana Department of Environmental Management “to prioritize testing of the debris … to determine its toxicity level. Initial test results indicate the presence of lead in the samples collected.”

According to the Indiana Department of Environmental Management (IDEM), the Bloomington Fire Department requested approval for the training burn through the Office of Air Quality on Sept. 7. It was approved on Sept. 17.

“Our department followed all of the requirements from the Indiana Department of Environmental Management inspector who evaluated the property,” Moore told 13News in an email. “Lead paint was not one of the testing criteria, so it was not tested for lead prior to the approved live fire training evolution.”

An IDEM spokesperson confirmed that “Indiana’s Open Burning Law does not prohibit the burning of lead paint.”

“That shocks me,” Faber said. “As a resident of Bloomington, we can’t even burn leaves in our garden.”

“We know that lead is toxic. There is no safe level of lead, and it just boggles my mind that it would be permissible or OK to burn lead in a highly populated area,” said Jenny Robinson, who also lives nearby.

“Hopefully this incident will lead to some change, whether it be most immediately in the city of Bloomington but hopefully beyond,” Murphy said.

“If I’m a neighbor and I have small children, I’d be pretty concerned,” said Dr. Gabriel Filippelli, a professor and executive director of Indiana University’s Environmental Resilience Institute. “Once you burn [a] home, the paint degrades and turns into ash. And if there was lead in the bottom layer, for example, that does have the potential then to scatter around and be potentially quite harmful to children.”

Filippelli is assisting neighbors with their own lead samples. As of Tuesday afternoon, the results were not in yet.

The Bloomington Fire Department has set up a website for residents who would like their home to be considered for exterior remediation. They can also be reached by phone at 812-349-3891.

Information about lead-based paint can be found here. The Open Burning Rule (326 IAC 4-1) does not prohibit the burning of lead-based paint. However, IDEM recommends that any fire training follow lead-safe work practices.

'Architecture for those who need it most' shows dignity for poor

Mon Nov 15 , 2021
An experience of a “communitarian salvation” is how Pope Francis describes in Laudato si’ what the architects of Passo Fundo in southern Brazil are doing. From fundraising to renovation projects, the purchase of materials and installation, the “Architecture for those who need it most” initiative restores dignity to the city’s […] 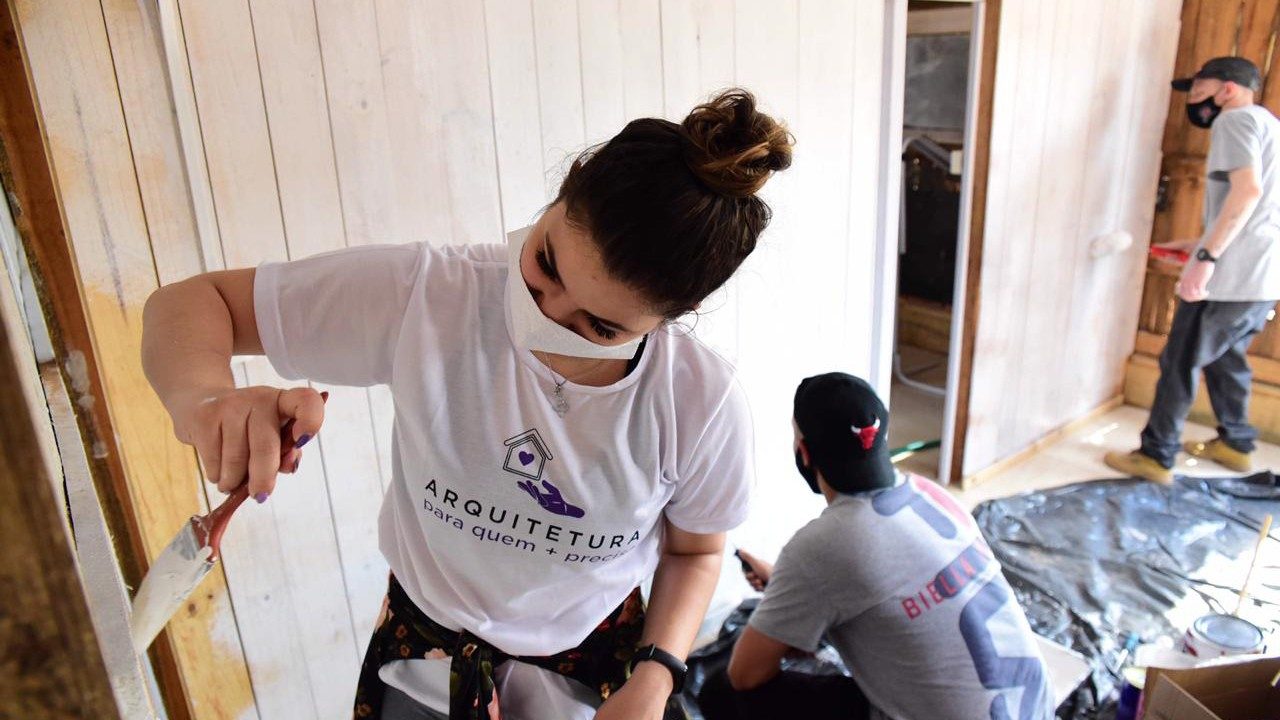