The British designer Bethan Laura Wood’s apartment is on the second floor of a 1925 Art Deco building in East London that has powder pink stairwells, mint green window frames and baby blue accents. It’s an apt home for an artist whose practice centers on the creation of wildly colorful furniture, lighting, homewares and textiles. And as anyone familiar with Wood’s Wisteria chandelier (a luminous explosion of hand-dyed PVC petals) or her Super Fake series of irregularly shaped rugs that riff on the variegated layers of sedimentary rocks might expect, her own 575-square-foot unit is a dazzling ode to the hues and textures that energize her. The walls are painted in shades of peach, pistachio and mauve, the wood floors are covered in vibrant geometric rugs and everywhere are unusual objects that Wood has made or collected: Pyrex lamps modeled after floral bouquets; a side table made from Play-Doh-like ropes of extruded pastel plastic. “I’ve always been fascinated by digesting places through color,” she says. “It’s the thing I most use as a language.”

Indeed, Wood’s work has long explored the emotional potency of regional palettes — from the earthy grays of London to the saturated blues of Venice — as well as the manipulative capacity of industrial materials like laminate that are designed to imitate others. Incorporating references that range from Modernist Mexican architecture to the output of British wood veneer factories, she creates pieces, often produced in collaboration with brands such as Hermès and Tory Burch, that reach into design history and ask questions about globalism and authenticity, while also conjuring dreamlike new worlds. For her current exhibition, “Ornate,” at Milan’s Nilufar Gallery, for example, she drew inspiration from Japanese kimono fabrics, Victorian boudoirs and the anatomy of insects, presenting works such as scalloped aluminum cabinets with thin curving legs, yellow and green glass light fixtures that evoke hard candies and an aluminum and brass headboard formed from a shimmering profusion of gold and purple squiggles.

Her compact, light-filled living room is no less of a visual feast. Works by other makers that Wood has acquired over the years — such as the Royal Daybed, a seven-foot-long angular chaise made of chunky laminate and exuberantly patterned cotton by the Milan-based designers Nathalie Du Pasquier and George Sowden, and the circular jellyfish-like green, yellow and blue resin lamp by the Italian architect and designer Gaetano Pesce that hangs above it — play against her own creations. A woven jacquard tapestry of her design — emblazoned with teal, rose and burnt orange zigzags and informed by her obsession with the stained-glass windows of the New Basilica of Our Lady of Guadalupe in Mexico City — covers the entirety of one wall; a round earth-toned laminate dining table with geology-inspired marquetry stands beside the room’s single large window; and a totemic light fixture made of stacked beaker-esque forms, produced with the Italian glassblower Pietro Viero, hangs from the ceiling.

Collaboration is intrinsic to Wood’s practice, and many of the objects that populate her home are the result of partnerships or swaps. From the living room, her collection spills into a narrow hallway — where an array of hats and handbags hang on several of Wood’s frilly tonguelike Murano glass hooks and artworks cover the walls from floor to ceiling — before continuing into her bedroom, which houses a wavy Ultrafragola mirror by the postmodern Italian designer Ettore Sottsass, a founder of the radical Memphis Group, and a tangled, tubular neon glass light made specially for Wood by her friend the London-based glass artist Jochen Holz to illuminate a 1970s floral textile that she received in an exchange with a Brazilian gallerist on a trip there in 2014, and which is now pinned above Wood’s bed. Next door, in the small, sunny library — which she calls her “room for dreaming” — art books sit on shelves alongside animal figurines, glass sculptures, wooden busts and other artworks, like a birthday card made by the Italian designer Martino Gamper, who was Wood’s tutor and mentor at the Royal College of Art in London (she received a master’s in product design from the school in 2009, having studied 3-D design at the University of Brighton as an undergraduate).

Throughout the apartment, and in keeping with ideals central to her practice, Wood elegantly juxtaposes high design with evocative everyday objects, many of them discovered on her travels (a purple-striped broom from a Turkish corner store, a magenta and cobalt blue feather duster from China) or at London flea markets, such as her favorite painting, by an unknown artist, of a knight bathed in psychedelic swirls. “Don Quixote through the time warp of the ’70s,” is how a friend put it, says Wood. She often positions pieces so they can be in conversation with each other and she describes how a mask made of multicolored rope by the Dutch designer Bertjan Pot, which stands not far from the painting in the living room, could easily be the knight’s helmet. “I’ll probably do a project around it at some point,” she says. Likewise, she enjoys the affinity between a large jar of intestine-like balloons submerged in liquid, a work by the London-based Spanish artist Saelia Aparicio, that she keeps in her library, and the curving shapes of a poster in her hallway by the Scottish Pop artist Eduardo Paolozzi, whose motifs Wood routinely references in her own designs.

Collecting and making have long been entwined for Wood. As a child growing up in Shrewsbury, a market town in central England, she would play regularly with papier-mâché and other craft supplies, and her mother’s penchant for accumulating things like fake fruit and Bakelite kitchenware influenced Wood’s developing tastes — although her father, who is more of a minimalist, has always preferred that those objects remain hidden away (except at Christmas, when Wood’s mother decorates the house with her collections). “I think that’s why I have to put my objects out, because my mum is forced to keep them all in cupboards,” Wood says with a laugh. “My dad finds my flat slightly challenging.”

But for Wood, the pieces she collects are more than decoration; they’re a material record of the places, experiences and people that animate her life and work. “I like the oral history that can be embodied in these physical things,” she says, referencing a jewel-toned Uzbek robe she chanced upon at a Paris market and a chair made from polystyrene off-cuts she acquired in an exchange with the British designer Max Lamb. Especially over the last couple of years, when staying in has been the default, living among pieces sourced from friends and fellow makers has been not just a pleasure but a balm. “It’s nice to spend time with these people in real life,” she says, “but when they’re not there, I get to spend time with their objects.”

Pick the right color and get more $$

Sun Dec 5 , 2021
Zillow is a paid sponsor of Sonoran Living Zillow: Homes with Light Blue Bathrooms Could Sell for Nearly $5,000 More Than Expected The right paint color in the right room can have a big impact on a buyer’s impression of a home and a home’s sale price. Zillow’s latest interior […] 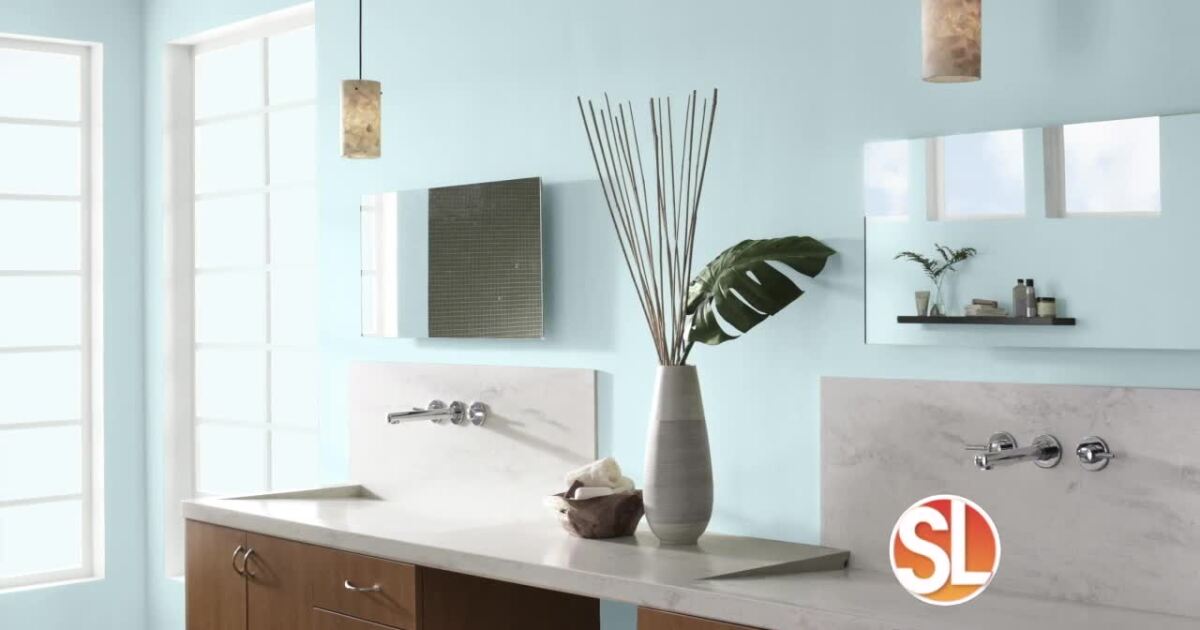