EDWARDSVILLE – Construction is coming to the northwest corner of South Benton and West Park streets, near the Busey Bank building.

Mike Rathgeb, owner and founder of Spencer Homes, has plans to build three terrace homes on the site. A terrace home is a form of medium-density housing that originated in Europe in the 16th Century. These days, it’s also commonly found on the East Coast.

“The terms ‘townhome and ‘luxury townhome’ have been diluted in my opinion,” he said. “What we want to convey is that these are individual homes, not short-term stays or leasing properties. People plan to own them and live in them long-term.”

He said each unit will have main floor primary living space – laundry, kitchen, garage, living room and master bedroom and bathroom – while the other three bedrooms, family room and utility space will cover the second floor plus a large outdoor space. The units will also feature a two-car garage and an unfinished basement.

“We spent several months working with both the neighbors and the developer to get the project where it is today,” said Alderman SJ Morrison, whose ward this is within. “I believe this is a building that the residents can be proud of, and it provides another housing option for those looking to buy a townhouse in walking distance of downtown.”

According to the Spencer Homes website, the combined floors in the terrace homes offer up to 2,500 square feet of indoor living space.

Walkability to downtown is an attraction with the site.

“The tree-lined streets of the Crocker Gardens neighborhood is chock full of great homes with character and with its proximity to downtown Edwardsville, to schools, to parks and to the MCT trails; it’s really emerged as a destination area for new homebuyers,” Morrison said.

The site has some pre-existing draining issues, which Rathgeb plans to solve with an underground stormwater detention basin, which has been proposed in other pending developments around town.

He said the final design should appeal to those who really love downtown Edwardsville and who can afford a home like this. He said the price range, starting in the $600,000 range, translates to higher-end, better quality materials and bigger homes.

Construction is expected to start in March and he plans to have the first terrace home completed by fall. The other two units will be completed or nearly so on the outside but will only be built to the studs on the inside to enable prospective buyers to customize the interiors.

For more information or details on Benton Place, click here.

Gardening: The most dangerous plants found in gardens - can be fatal

Fri Feb 4 , 2022
With over 130 poisonous plant species in the UK, some of which are fatal when ingested or simply touched, according to experts as The Greenhouse People. They have shared how important it is for gardeners to keep their wits about them and take care to identify and remove hazardous plants. […] 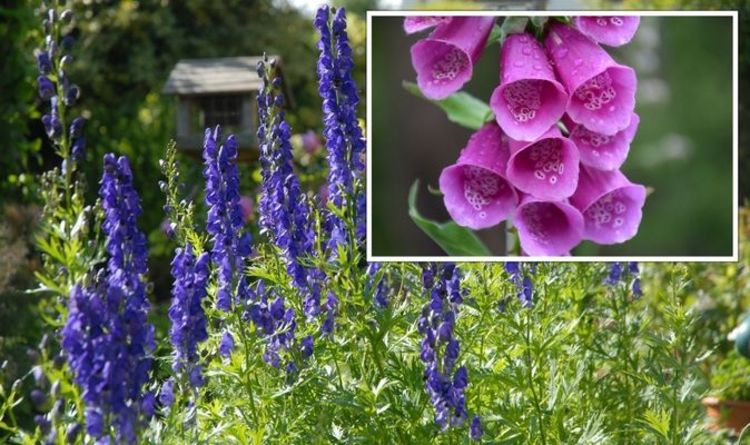