A valuable painting that has been the source of controversy in Belleville could soon be moved to Rutgers University’s art gallery.

Donated by descendants of Belleville’s founding father and painted by Thomas J. Natt, “Landscape of Belleville” was previously displayed at the township library before it was moved into Mayor Michael Melham’s office in 2020, with approval from the library trustees. Melham is on the trustee board.

The switch angered the donor’s family and the Belleville Historical Society, which demanded its return to the library.

In a letter to Township Manager Anthony Iacono, Belleville Historical Society President Michael Perrone said the organization was entering into a loan agreement with the Rutgers University Zimmerli Art Gallery, where the painting would be on display for five years.

Perrone said Melham did not ask permission from the historical society or the family to take the painting.

The painting depicts a scene of Belleville in 1831, from the Schulyer Estate on the opposite bank of the Passaic River, and shows a bridge designed by a relative of Henry Rutgers, giving it a connection to the state university.

Donna Gustafson, director of the Zimmerli Art Gallery at Rutgers, called the painting beautiful and said it would be a wonderful addition to the gallery.

“I am interested in the painting as something to present in the American gallery as another way to talk about the history of New Jersey and through that, the history of American art,” Gustafson said.

BELLEVILLE:‘Selfishness and irresponsibility’: Ire as historic Belleville art is moved to mayor’s office

The historical society received permission from David Hatch, a member of the family that donated the painting, to loan it out to Rutgers.

“The Belleville Historical Society is thrilled that the “Landscape of Belleville” will be on exhibit at the prestigious Zimmerli Art Gallery,” Perrone said. “This will be an opportunity for even more people to see this very valuable historic painting.”

The art gallery has professional security, a fire sprinkler system and is climate controlled, Perrone and Gustafson said.

The painting was appraised at $125,000 in 2010 but Perrone said the historical society and the library have kept the value of the painting quiet in order to protect it. He said the disclosure of the painting’s value by Melham at a public meeting created a security issue for the painting and library employees.

“This arrangement results in a win-win situation for everyone,” Perrone said. “The Hatch family is delighted to have their family treasure on exhibit in a first-class museum.”

In a previous letter to Belleville Police Chief Mark Minichini, Hatch said his father’s biggest fear was for the painting to end up in a politician’s office.

“Entrusting the painting to the Belleville Historical Society and having it on display in our library for all to appreciate guaranteed that that would never happen,” Hatch said in the letter. “That anyone would take a historical artifact from the people of their community in order to decorate their private office is very difficult to believe.”

Perrone said that the painting was returned to the library from the mayor’s office on Wednesday.

Gustafson said she and Perrone spoke of creating a high-quality, digital copy of the painting so there would always be an image of the painting in the library, with a note that the actual painting is on loan to the gallery.

The Hatch family donated the painting to the historical society in 1962 after they discovered it in their basement in the 1950s. Hatch and his family are direct descendants of Josiah Hornblower, a member of the Continental Congress who influenced Belleville’s name change.

Kaitlyn Kanzler covers Essex County for NorthJersey.com. For unlimited access to the most important news from your local community, please subscribe or activate your digital account today.

One River North could become Denver's next architectural icon

Thu Nov 11 , 2021
I.M. Pei and Michael Graves are two world-famous architects who provided Colorado with some of its most distinctive designs, including the 16th Street Mall and the Denver Central Library. Now, one of China’s top architects, Ma Yansong, has lent his vision to an apartment building with the potential to become […] 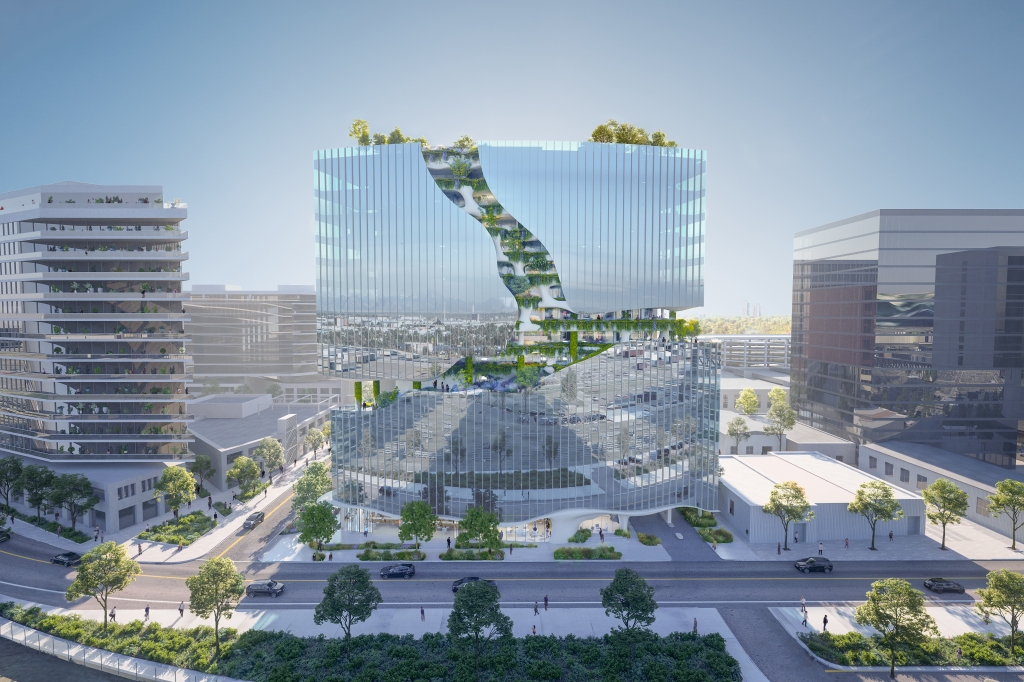