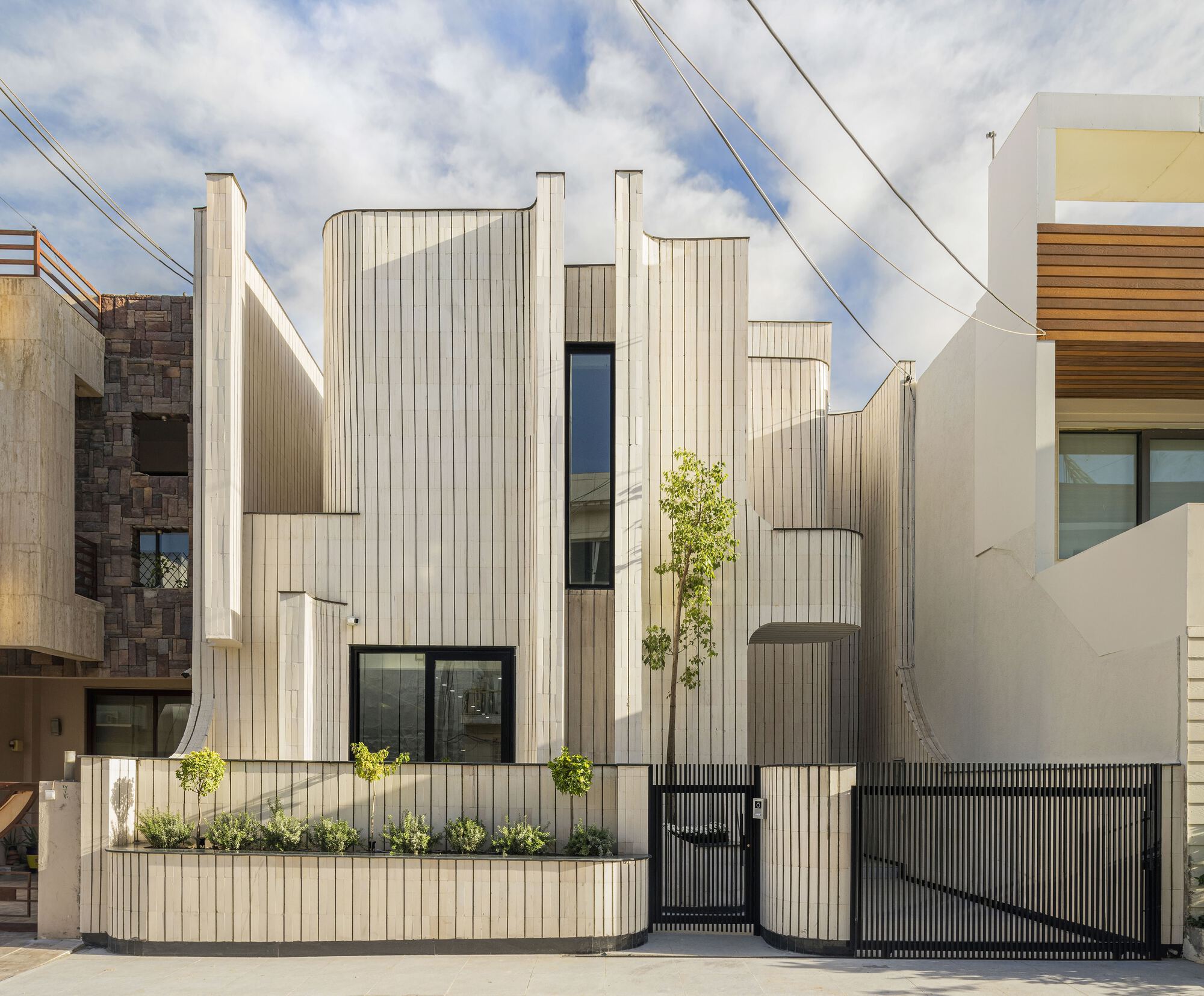 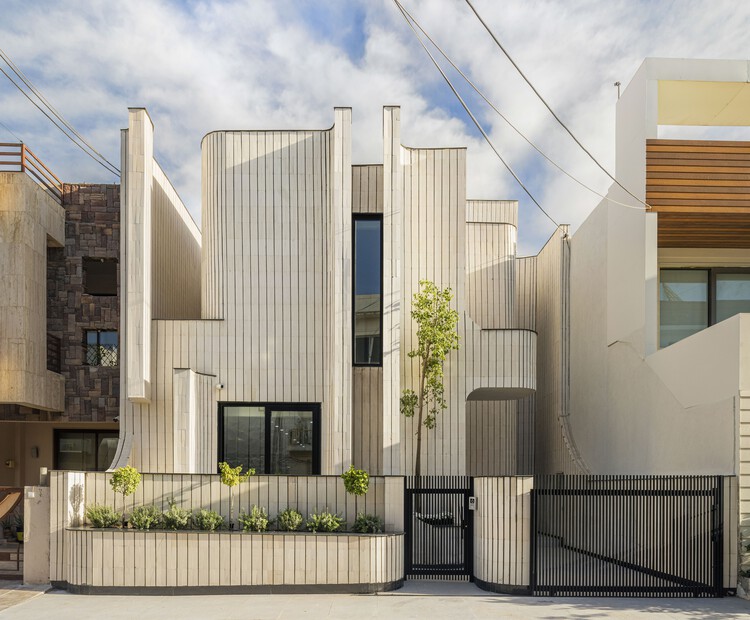 Text description provided by the architects. The most common type of residential land in the city is a plot of 200 sq.m and mostly surrounded from the sides by other 200 sq.m plots, consequently there is only one open side to face which is the shorter side. This typicality of land division has reflected negatively on the way people think about the design of their houses and it has created sameness throughout residential areas. The real challenge for us was changing the client’s mindset and persuading them about designing a bespoke house for them and not a copy of what is already being built thousands of times in the city.

The five-bedroom house is located in a narrow alleyway of Sulaymaniyah city in the Kurdistan Region of Iraq, and there were not any special views to face towards, therefore we tried to avoid facing all the openings to the opposite neighbors and we opted for the sides as they provide more privacy. A series of curved walls form alcoves and they define the outer shell and the sinuous facade of the house, these walls are embracing the windows and preventing them from being directly exposed to the outside.

Instead of having a small garden at the front of the house like most of the houses in the city and becoming just a wasted area and not being used at all, we decided to create a court at the very back of the house as an internal void to let light and air into the house and making the whole house cross-ventilated. The façade is not a direct extrusion of the floor plans, but we rather wanted to make an architectural statement through the volumetric thinking of the plans, as a result of that, the unique sculptural form of the house came from thorough research and so many iterations to deviate from the modus operandi of designing houses in the city.

It was really important for us to provide a sort of privacy to the family where they can sit wherever they want without being seen by anyone from the outside and the need for curtains, for that we first reduced the size of the windows at the front face of the house and then we put the windows in a direction that fulfilled that goal, this reduction was not done at the cost of any aspect of the design, it just gave us more freedom and we used the alcoves to let light and air penetrate the house in different directions.

The house looks so solid and introverted from the outside but from the inside, it is open, spacious, and naturally well-lit. It is quietly waiting for passersby to discover it in the place of sameness and typicality of thinking about houses, and we hope it stops passersby for a moment to enjoy the unorthodox form and diversify their visual vocabulary of house designs and maybe give them a new perspective and shift their fixed vision towards architecture. In a country that is in a constant state of destruction and rebuilding because of the never-ending wars and economic instability, architecture is not something that people care for, in most the cases a simple act of construction is more than enough as long as it meets their functional needs, they are not after for aesthetically beautiful built projects.

Fri May 20 , 2022
Placeholder while article actions load I hate the jokes and condescending comments about adult children living at home — or those returning to the familial nest out of financial necessity. In the interest of teaching young people how to be fiscally responsible, we often applaud parents who rush their adult […]