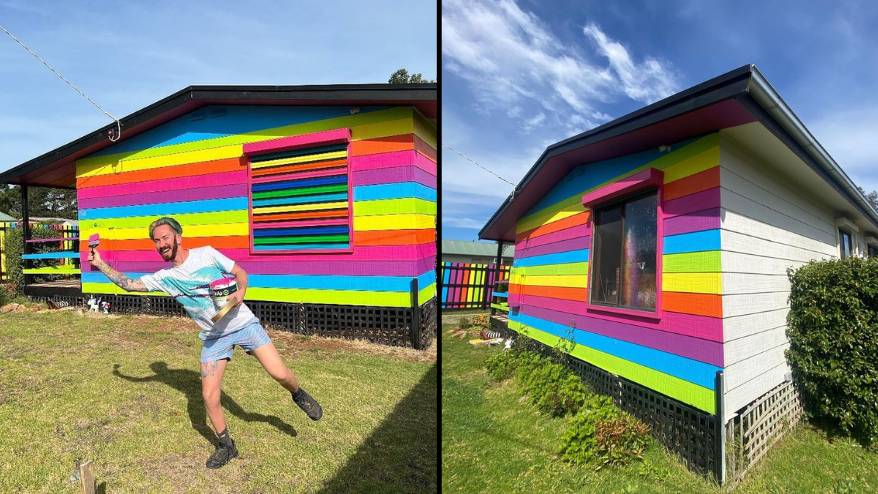 When hairdresser Mykey O’Halloran finally got the keys to his ideal home on Phillip Island in February last year, it never dawned on him how quickly his dream would turn into a nightmare.

All the fuss was over a little DIY project that the proudly gay hairdresser came up with to inject some more colour into his street, life, and new home.

Speaking to The Sun, the Melbourne hairstylist detailed how the trouble began before he’d even bought a tin of paint.

“About a month after I moved in, five men turned up in my back garden at around 10 o’clock at night,” O’Halloran said.

“They had heard that I was going to paint my house in rainbow colours and they didn’t like it.”

One of the men – who O’Halloran later discovered was his neighbour – had to be physically restrained by his mates to stop him attacking the hairdresser.

“They got really aggressive and violent and homophobic,” O’Halloran said.

His neighbour was so furious that he told Mykey if he were to ‘paint that house rainbow [he would] will come back and kill [him].’

The new Phillip Island resident called the police and his neighbour was charged the following day with unlawful assault and threats to kill.

Although O’Halloran found the experience very traumatic, he said that when word spread about the incident he went on to receive an outpouring of love and support from locals.

“I wrote about the attack on social media a day after it happened and it went viral,” he explained to The Sun.

“People saw what happened and they wanted to help me paint my house.

“A paint company reached out and donated 40 litres of paint to help me paint it rainbow.

“Around 100 people came to help me paint my house and we had a barbecue. A group of tradesmen volunteered a whole day of work to help.”

O’Halloran added he was proud to be apart of a community that’ ‘took a stand against bullying and homophobia’.

Now, a year on, the rainbow home is finally complete, with the last lick of paint going up a few weeks ago.

“It’s been a year and I’ve been a little scared to paint the other side, and I just thought, why am I respecting these people when they don’t respect me?” O’Halloran told The Sun.

“So I got up on the ladder and painted the fence that I put in to block them out and I painted that rainbow as well and then painted the last wall of my house.

“It was on the one-year anniversary of the incident. It was quite sentimental to me.”

Despite what his neighbour thinks, people stop by to take pictures of the rainbow house and local kids love it – so his home is finally spreading the joy O’Halloran had first hoped it would.

Fri May 13 , 2022
The Space Age Aesthetic: Influencing Architecture and Interiors Futuristic shopping center. Image via The Jetsons, 1962 / Hanna-Barbera Productions Share Share Facebook Twitter Pinterest Whatsapp Mail Or https://www.archdaily.com/981405/the-space-age-aesthetic The dawn of nuclear power, dramatic advances in rocketry, and the desire to be the first to put men into space and […] 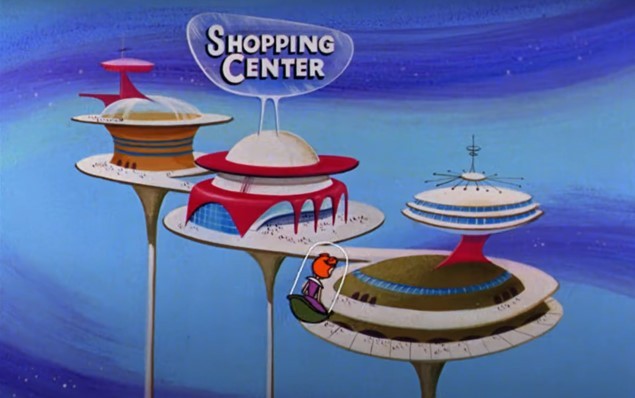