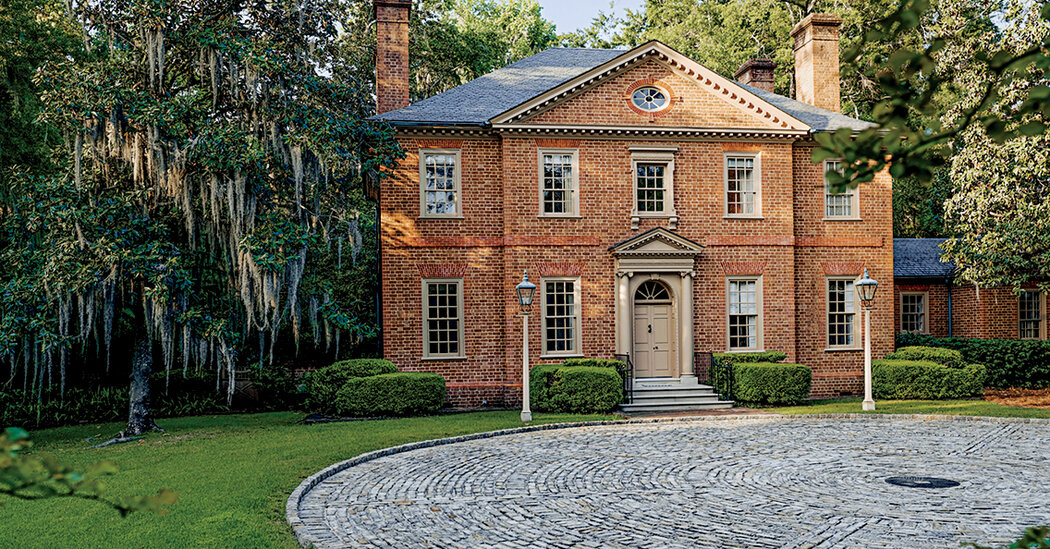 IN THE MID-1950S, Savannah, Ga., was crumbling. The effects of the Depression had left the city’s buildings in disrepair. And as residents fled to new postwar suburbs, developers began planning to bulldoze many of the deteriorating, expensive-to-maintain grand antebellum homes, as well as the once elegant public squares conceptualized, beginning in 1733, by the city’s founder, James Oglethorpe.

The impending loss radicalized many of the locals, among them an energetic real estate agent, developer and contractor named David Morrison and his wife, Zelda, who became part of a preservation movement that would lay the foundation for what the 2.2-square-mile landmark district would become: a mannerly grid of graciously restored homes, modish restaurants, art galleries and boutique hotels. David, a Savannah native, was at the forefront of the efforts, wrangling bank financing for the Historic Savannah Foundation to rescue dilapidated historic properties. Zelda, who was from South Carolina, and who was a design and interiors enthusiast, supported the fight as well, eventually joining the board of the foundation.

But despite their fervor for Savannah’s original structures, the couple had no interest in buying and restoring a residential property for themselves and their three children. Instead, in 1965, they began designing their own home on a one-acre lot shaded by huge Spanish moss-draped magnolias. “They just always knew they wanted to create this house together, with every aspect considered,” says Lisa Van Dusen, their youngest child, a 66-year-old architect who lives in Washington, D.C. “That collaboration was what they lived for.”

At first, Zelda petitioned for a modern house influenced by the Pop Art colors and shapes of the era. But her husband, an avid sailor who in his younger years had spent hours building elaborate models of celebrated vessels, convinced her that she’d grow tired of its trendiness. A “detail guy,” as Van Dusen calls him, David had been amassing salvaged building materials — 200-year-old windows with wavy surfaces that would catch the morning light, and waxed heart-pine floor boards — in anticipation of the day he would begin his dream home. He was certain they could build a Georgian-style residence with interiors that aligned with his wife’s love for the palette and patterns of the 1960s, one she could transform as the years passed and tastes changed.

Six years after they moved in, however, David died suddenly of a heart attack at age 54, upending plans for how the house would evolve. Instead, it remains almost exactly as it was when it was completed in 1966. The property stands as the couple’s second great preservation gesture — a buoyant celebration of two seemingly incongruous aesthetics and design eras.

AFTER HER HUSBAND’S death, Zelda, who had been a housewife, stepped in to run his businesses. That, along with raising three kids, Lisa and her siblings, Nancy Macaluso and Bill Morrison, rendered her too busy to update the décor. But even after all the children left, the place remained largely untouched, and stayed that way long after Zelda’s death in 1998 at the age of 75. “Most families would have sold the house a long, long time ago,” says Van Dusen, who, like her siblings, now has grown children of her own, including the Brooklyn-based textile, apparel and home goods designer Ellen Van Dusen, and Henry, the production manager for the multimedia artist Cory Arcangel. “We just couldn’t bring ourselves to do it.” Van Dusen, who owns some commercial properties in Savannah, comes down once a month, and Macaluso, a former textile designer, visits occasionally from New Orleans, but the decision to hold onto the house, Van Dusen concedes, largely reflects how strong its emotional pull remains. “My parents’ personalities,” she says, “are all over the place.”

From the outside, the two-story, 5,000-square-foot Savannah gray brick structure is stately and, with the exception of one wing, symmetrical. The front door is a replica of that of the 1770s Hammond-Harwood House in Annapolis, Md., itself among the best examples of extant Anglo-Palladian architecture, which David Morrison had seen while training to be a Navy officer during World War II. (Its chief architect, William Buckland, based the design on an etching by the Italian Renaissance architect Andrea Palladio.) There are twin chimneys at either end, and the entrance is flanked by a pair of electric lanterns atop eight-foot beige poles. The roof was designed in a foreshortened pattern that David labored over — all the shingles seem the same size when viewed from the circular driveway, itself made of salvaged 18th-century Belgian blocks once used as ballast for clipper ships.

But behind the front door, the centuries collide. The interiors are pure Zelda, a riot of pattern on pattern, with antiques and midcentury furnishings exuberantly combined. The breakfast room, with its lapis wrought-iron chairs sunk into the Greek sheepskin rug and a bay window rimmed with hand-painted Mexican tiles in shades of azure and midnight, is bracketed by tall cabinets stacked with antique crystal and modern tableware. In the living room, above the marigold silk jacquard-upholstered Sheridan sofa near a Chippendale Cockpen chair, hangs a full-length oil portrait, in the style of John Singer Sargent, of Lisa as a teenager in a peacoat with her basset hound, Alfred; the room’s rug — a geometric fantasia in peach, blue-green and lavender, equal parts Pop Art and Art Deco — was designed by Zelda herself, who drew it with Crayolas before having it custom made in Portugal. Upstairs, the children’s former rooms and their mother’s office are awash in hot pink, lime green and tangerine.

“We’re going to need to sell this place,” says Van Dusen resignedly. “It just doesn’t make sense to own it from afar.” But there are consolations, she reminds herself: Her parents’ joyful willingness to take aesthetic chances, to create an off-kilter monument as eccentric as it is warm, ended up influencing generations of their offspring. Her daughter, Ellen, was inspired by a crisp black-and-brown Clarence House fabric that Zelda once used to reupholster a sofa in the sunroom. In the young designer’s interpretation, for a textile in one of her recent collections, the colors are similar, but the lines are blurrier, soft around the edges — like a memory. 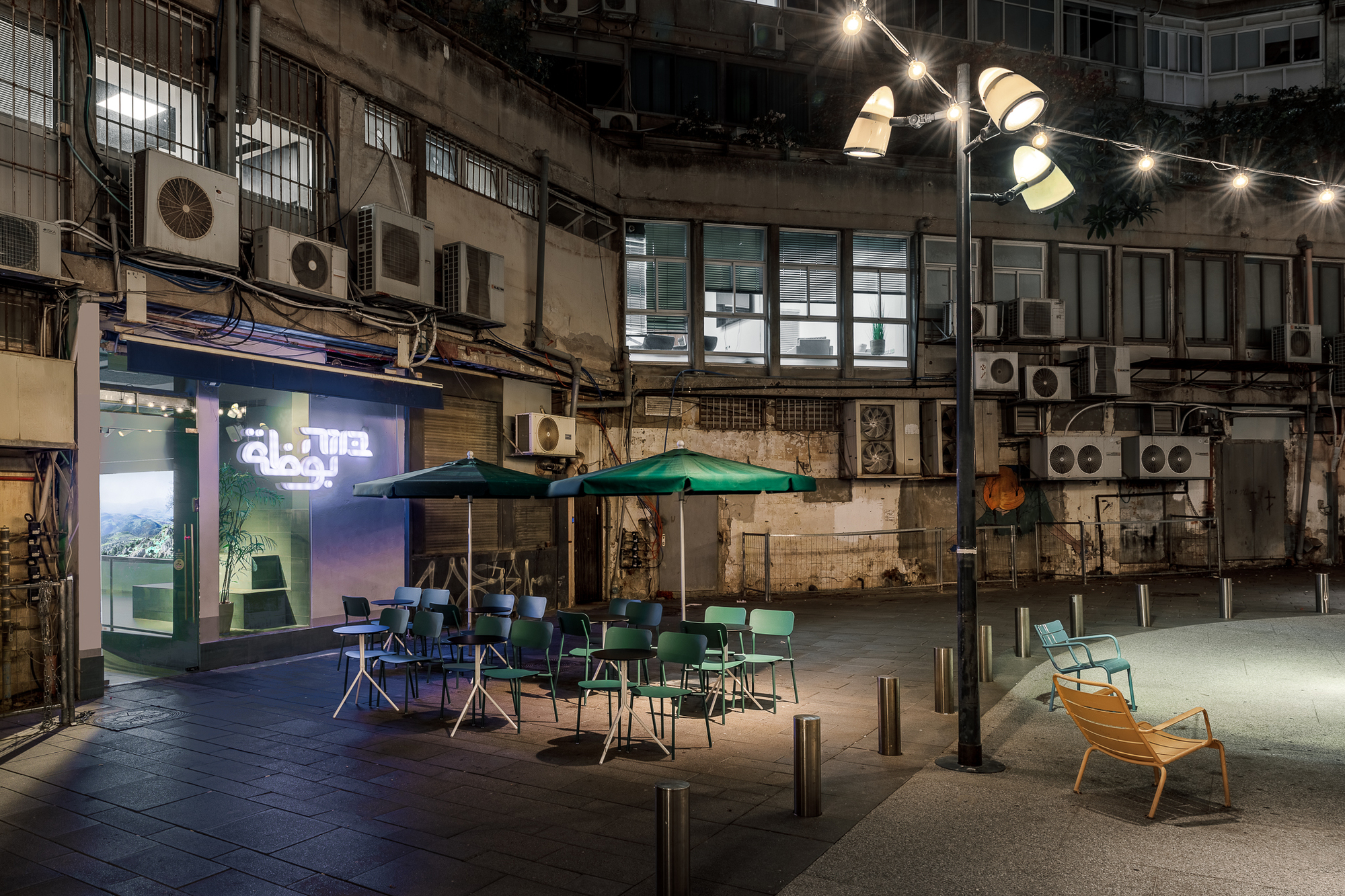