A new Disney living community is perhaps the best news to House of Mouse fans that nearly live within the media conglomerate’s seemingly unlimited offerings. And though Disney’s theme parks have been dubbed the happiest place on Earth, the international behemoth has a new venture in the works that is stealing the show. Per yesterday’s announcement, superfans can now call Disney home by buying an estate, condominium, or single-family home within one of the company’s Storyliving by Disney communities. And it’s not just an idea that the brand is using to humor or entice fans: It’s a reality.

The entertainment giant even enlisted a development firm to break ground on the first of many communities. The first, dubbed Cotino, will take over a sizable plot of land in Rancho Mirage, California—one of nine cities situated within the Coachella Valley—and comprise nearly 2,000 homes. And to Disney fanatics’ delight, the entertainment giant is currently in the midst of exploring additional locales throughout the U.S. to expand the Storyliving concept, which is arriving just ahead of its 100th anniversary.

The Disney team decided to develop Cotino, Storyliving by Disney’s first living community, in Rancho Mirage because the small city is in a pretty prime location: within a 55-mile-long valley flanked by mountains. But there’s also a sentimental reason why the team chose this specific spot for the development: Lillian and Walt Disney, who founded his eponymous company in 1923, owned a family retreat in Rancho Mirage. Now, with a current net worth of nearly $150 billion, Disney is essentially making its way back home in a big way. And DMB Development, the Scottsdale, Arizona–based firm handling the project, promises to reflect both Rancho Mirage’s history and current valley culture in the 1,900-house community’s design. Michael Hundgen, a Walt Disney Imagineering executive producer, explains, “We dive deep into the history and culture of a place, and are inspired by the people and its surroundings. Each Storyliving by Disney location will have distinct personalities. And for our first Storyliving by Disney community, we’re also drawing our inspiration from Walt Disney himself.”

Though prospective homeowners of all ages can live in any of Cotino’s homes (all of which surround a sustainably constructed azure-hued lagoon that offers some much-welcomed color to the otherwise desert landscape), the community will have at least one area specifically for those 55 and older. Plus, everyone has the option to opt into a club membership, with access to a waterfront clubhouse, an exclusive beach area, recreational water activities, Disney-specific programming, and entertainment throughout the year.​ Not to mention: Disney cast members trained in the company’s guest service will operate the community association. No, residents won’t get the lay of the land courtesy of an associate dressed as Elsa, but Disney will have a direct hand in managing the community.

Wed Apr 6 , 2022
The real estate investment platform Arrived Homes launched its latest batch of new offerings today; six rental properties that retail investors can buy into with as little as $100. The offerings went live on the platform at 11:00 AM EDT on April 5, 2022, and two of the properties were […] 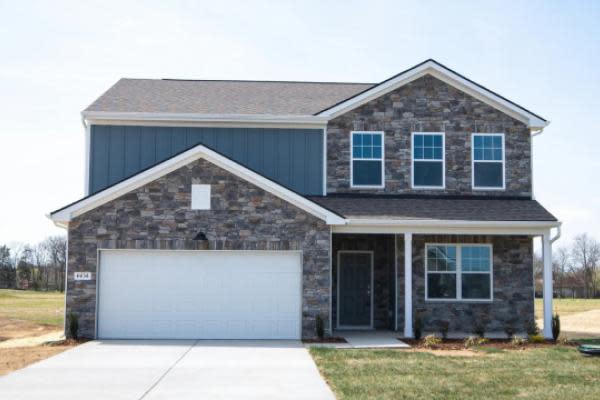