In the 40-year history of the official White House Christmas ornament, produced annually by the White House Historical Association (WHHA), this year’s design is among the most conventionally festive.

Depicting a Christmas tree displayed in the residence’s Blue Room in 1967, the new ornament features a reproduction of a painting originally commissioned by former President Lyndon B. Johnson’s wife, Lady Bird Johnson. Made by Robert H. Laessig, a designer for the card company American Greetings, the painting was featured on the White House Christmas card sent to staffers, family and friends that year.

But previous years’ ornaments have included a fire truck, a steam train and even a helicopter. That’s because the decorations are not only meant to brighten people’s homes, they are intended to shine a light on lesser-known stories from America’s political past.

Honoring President Herbert Hoover, the 2016 ornament was Inspired by the fire engines that responded to a 1929 Christmas Eve blaze at the White House. Credit: White House Historical Association

Each year’s design is based on a different presidency or, occasionally, a key White House anniversary, with the president-focused ornaments beginning with George Washington and progressing in chronological order. The fire truck, for instance, was inspired by the time Herbert Hoover’s Christmas Eve was interrupted by a blaze in the West Wing in 1929; the helicopter alludes to Dwight Eisenhower becoming the first president to regularly fly in one.

Last year’s ornament featured a pensive portrait of John F. Kennedy painted posthumously by the artist Aaron Shikler, who was chosen by widow Jackie Kennedy to honor the former leader’s unfinished presidency. And this year’s ornament isn’t just a painting of the holiday tree; it features a quote on the back from President Johnson, who in 1965 called on Congress to outlaw voting measures that were discriminatory against African Americans.

“It’s not just a retail product,” said the association’s president, Stewart McLaurin, in a phone interview, explaining that each ornament comes with an information booklet. “It’s not just a thing we sell as a fundraiser, like cookies or popcorn or chocolate bars. These are themselves educational tools.”

Not ‘political or partisan’

Founded in 1961 by Jackie Kennedy, the WHHA launched its ornament program 20 years later with the blessing of another former first lady, Nancy Reagan. The decision to feature a different presidency every year “was made early on,” said McLaurin, adding that the system helps his nonpartisan organization avoid any contentious discussions about what the focus should be in any given year.

“I’m thankful that it is sequential, so I don’t have to worry about what president we’ll feature this year, and get into some sort of political or partisan conversation,” said McLaurin, who was an avid collector of the ornaments long before his professional involvement.

The early designs were relatively simple: flat ornaments cut out of gold-plated brass and based on basic silhouettes. Over the years, however, they have become markedly more colorful and elaborate, with this year’s featuring a vivid light blue circular frame featuring a pattern of the Johnsons’ home state flower, the Texas bluebonnet.

“They have increased in complexity, design and intricacy,” McLaurin said. “New things have been added over the years. The Lincoln ornament has a hinge on it that opens like a locket to show different images. And the Calvin Coolidge ornament — he was the president that lit the first national Christmas Tree in 1922 — has a tiny little LED light that shines through.”

William Henry Harrison, who died just 32 days after his inauguration, is pictured on a white horse on his way to take his oath at the Capitol. Credit: White House Historical Association

For McLaurin, choosing a favorite is “like saying which is your favorite child.” Regardless of whether the featured president is a Democrat or Republican, the association sells between 800,000 and 1 million of the decorations each year, he said. And given that the WHHA is entirely dependent on entirely private, not federal, funds, the ornament program is “the backbone of our financial support,” he added.

Of course, with Christmases arriving far more frequently than new presidents, the ornament program will, eventually, catch up with the present day. McLaurin believes this will happen in around 12 years’ time — at which point the designs will either start again with Washington or, more likely, move on to other themes inspired by White House history.

“There are so many wonderful stories about the building and the elements of the White House — the furnishings, the design,” McLaurin said. “I could see many years of ornaments that are not focused on a specific presidency, but about the house itself.”

Scroll through the gallery above to see more designs from the program’s 40-year history.

Sat Jan 1 , 2022
Egypt’s only design film festival and consumer electronics trade show CES, which features a talk about non-fungible tokens with Paris Hilton, are among the architecture and design events featured in Dezeen Events Guide this month. Other events taking place in December include Oslo Design Fair as well as two major international exhibitions […] 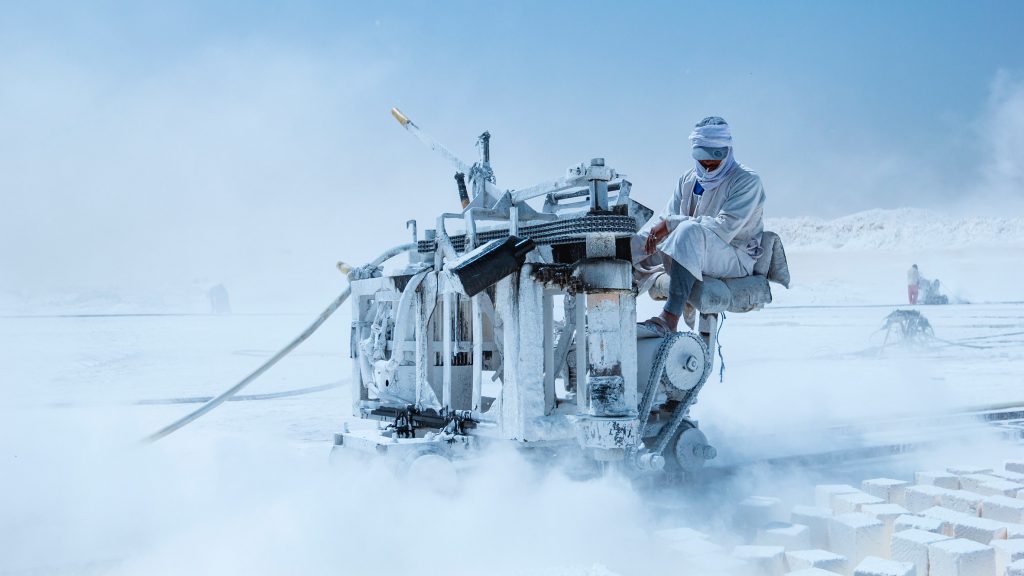