As one of her final acts as the First Lady of New York City, Chirlane McCray announced at the end of December that — pending approval from the Public Design Commission — the 1970s Faith Ringgold painting, For the Women’s House, would be relocated from the Rose M. Singer Center on Rikers Island to the Brooklyn Museum.

The painting was created from a grant Ringgold received in 1971 from the Creative Artists Public Service program (CAPS), and during an interview in 1972, when it was dedicated to the women on Rikers, Ringgold explained her decision to bring the piece there. “I asked myself, ‘Do you want your work to be somewhere where nobody wants it, or do you want it to be somewhere it is needed?’ These women have been rejected by society; they are the blood guilt of society,” she said.

The piece depicts, in part, women playing for the Knicks, on the NYPD, and in the Oval Office (as the first female president), and according to the artist is meant to “broaden women’s image of themselves by showing women in roles that have not traditionally been theirs.” Its name stems from the original Women’s House of Detention on Greenwich Avenue, according to Hyperallergic, which housed the likes of Dorothy Day and Angela Davis before closing in 1971 and being folded into the Rikers system.

But less than two decades later, in 1988, the piece was whitewashed. The Brooklyn Museum — which temporarily had it on view for a 2017 exhibit — noted that when “the facility became a male prison in 1988 [it was] deemed inappropriate for the incoming male prisoners, the painting was whitewashed, but it was later saved by a guard, restored, and reinstalled in the new women’s prison, the Rose M. Singer Center, where it remains on view.”

During the announcement of its relocation, McCray said, “The history of New York City’s success is very much about how women contributed in every aspect of the city’s development. But too many of those stories remain untold, particularly for women of color whose achievements were literally erased from history books. I’m proud that this historic painting will be preserved at the Brooklyn Museum where children can see it and know that they too can create works of art that ignite change, expand awareness and fire the imagination.”

Ringgold, now 91 years old, said, “I’m looking forward to the people finally getting a chance to see my painting, For the Women’s House, at the Brooklyn Museum.”

Agnes Gund, the philanthropist and the founder of the Art for Justice Fund, said her hope is that “we will all see Rikers Island shuttered, and everyone incarcerated and working there soon relocated to a safer and more positive environment.” In the meantime, “to promote beauty and healing within the jails,” the group will “fund the creation of a new community mural in RMSC in the space vacated by Ms. Ringgold’s work.”

In February, the New Museum in Manhattan will open the first NYC retrospective of the pioneering artist’s work, called Faith Ringgold: American People. The Harlem-born artist has been working across mediums since the 1950s, perhaps best known for her quilts, and has long examined racial and gender roles and Black history.

7 Stories About NFTs Entering the Realm of Architecture

Tue Jan 11 , 2022
7 Stories About NFTs Entering the Realm of Architecture © JOURNEE Share Share Facebook Twitter Pinterest Whatsapp Mail Or https://www.archdaily.com/974866/7-stories-about-nfts-entering-the-realm-of-architecture Over the past year, NFTs have entered the realm of architecture, prompting conversations over the role of the profession in the future digital economy. From the design of digital real-estate […] 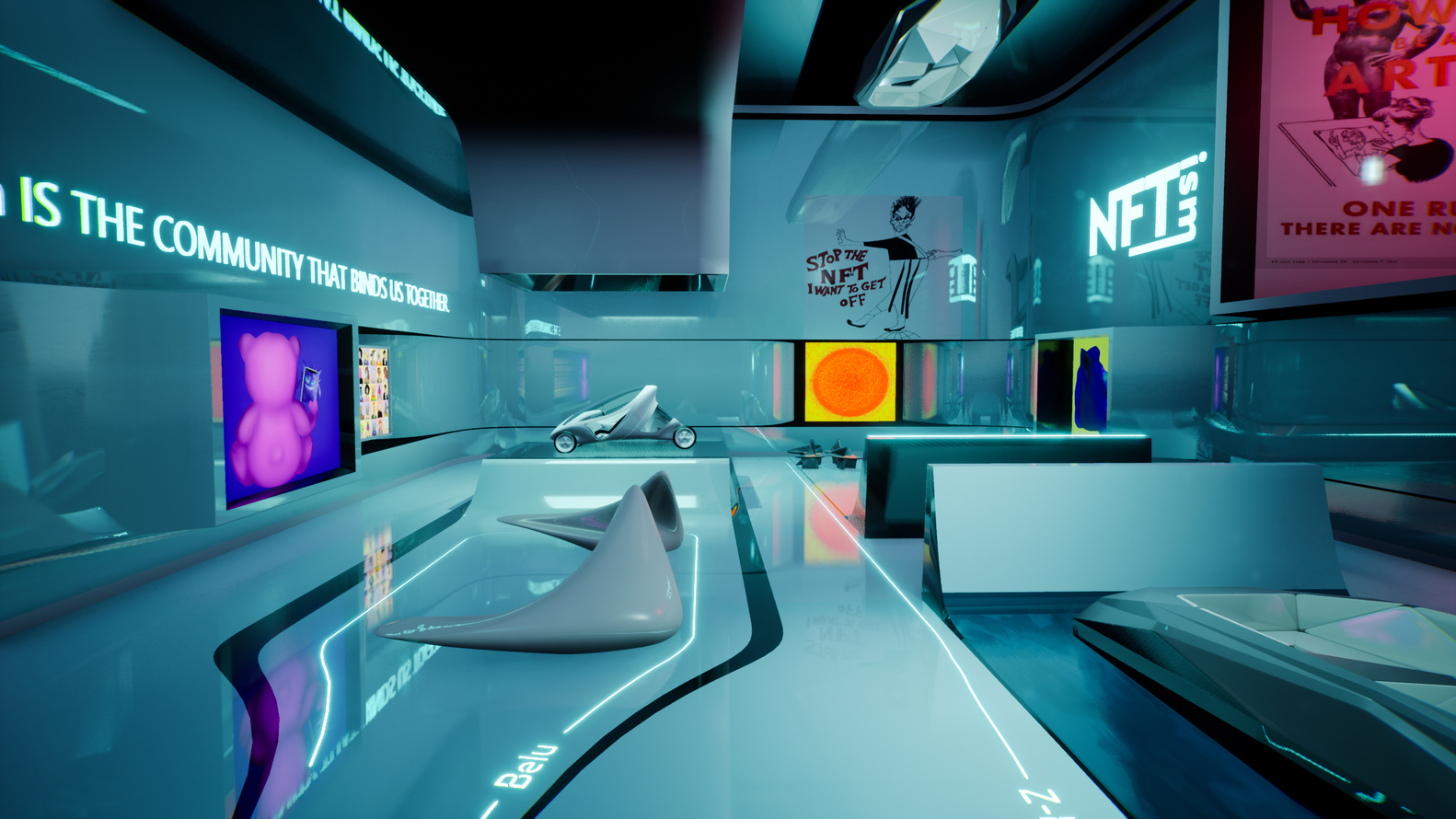